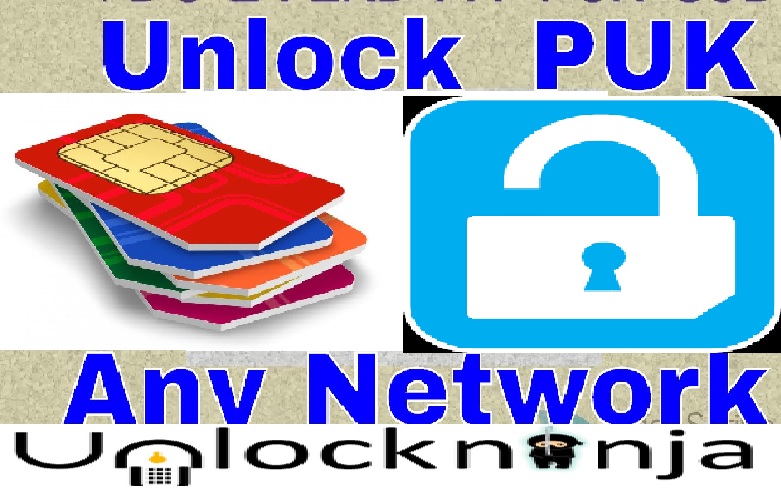 Increased use of phones in our day to day life has made the security of phones and its data, very important nowadays. There are various models of security that are incorporated in phones right from the beginning since their use started. Various models have different ways of ensuring the security of the phone and its data. IMEI number is a unique mobile identification number, given to each mobile equipment, that helps to trace a phone anywhere in the world. Thus, it helps in tracking and identifying a phone. As far as surfing the phone and its stored data is concerned security features are even more. PIN lock, PUK lock, Pattern lock, Biometrics etc. are several security features that have been incorporated in phones and SIM card, depending on the model, to restrict the use of the phone by a person other than the original user/owner of the phone. Out of these various security features here we will discuss PUK lock and PIN lock.

In order to understand what is a PUK lock, one must be aware of a PIN lock. PIN stands for a personal identification number. It is a basic type of security system. For mobile phones, PIN lock can be set-up on SIM cards to prevent the use of your phone by an unwanted user. Most of the SIM cards come with a pre-set PIN lock done by the manufacturer which you are told at the time of buying the SIM card. When you will insert this SIM card in your phone, you will be prompted to enter the PIN code. If you are unaware of the default PIN code of your network provider, you can check it out with the seller who sold you the SIM card or you can even call the customer care of your network provider to resolve your query. Once, you enter this PIN code, you can use the SIM card on phone conveniently without hassles. You can also change this PIN code from default PIN to your desired PIN so as to reduce chances of anyone trying the default PIN on your phone with the aim of accessing your phone’s data.

In case someone tries to access your phone’s data by entering an incorrect SIM PIN code 3-5 times or by any chance if you forget your PIN and you enter incorrect PIN  several times then your SIM card will get locked for use. Locked SIM card means that nobody will be able to make calls via this SIM card nor one can access the contacts saved on it and use of several other features will also be restricted. At this stage, the phone is said to be in the PUK locked state.

What is the Reason of PUK Lock?

As said above, the phone enters into PUK lock state when the incorrect PIN is entered several times by you or an unauthorized user of the phone while trying to unlock the PIN-protected SIM for use. Precisely, most of the network providers allow three chances to enter a correct PIN in the phone after inserting the SIM card. As soon as one makes three incorrect attempts, there is no chance of entering it for the fourth time, your SIM card gets PUK locked. It is also advisable to keep your phone away from young children, as sometimes they enter the wrong PIN while playing with the phone resulting in botheration for you with the PUK locked phone. When your phone gets PUK locked, you are stuck in dilemma as for how to get your phone back to the working state? Here comes the role of PUK unlock code. To bring your phone out of PUK lock state and to unlock the locked PIN of SIM card you would need to enter a PUK unlock code. PUK means Personal Unlocking Key. It is a unique unlock code that will help you unlock your specific SIM card.

Next question that comes to your mind is how to seek this PUK unlock code? This PUK unlock code is either written on the small card from where you broke your SIM card before use or it can also be acquired by calling customer service center of your carrier. Thus, keep the card safe with you even after taking SIM card out of it, or if you have already discarded the small card then you can go for the latter option. Your network provider will give you the PUK unlock code for your SIM card. It is important to remember that one must not even try to enter an incorrect PUK unlock code because the SIM card of the phone will get permanently blocked in case of 5-10 incorrect trials (number varies as per the model of the phone) of entering incorrect PUK unlock code. It means you will not be able to use this SIM card ever again. You will have to go to the carrier’s center to obtain a new SIM card for the same number. So, it is always better to go through the right channel and obtain the PUK unlock code from your carrier in the first attempt itself.

After seeking PUK code, enter it in your phone on the prompt where you are asked to enter PUK code which you are likely to see after re-inserting the SIM card and trying to use it. On entering the PUK code, the confirmation will resume the use of SIM card of your phone. It will be good to take a note of this PUK unlock code for future reference, in case your phone gets PUK locked again, as this is the unique code for your SIM card and it will be same till the life of your SIM card.

How to Unlock a PUK Locked Sim Card?

how to unlock a PUK locked SIM card with the help of PUK unlock code is as follows:

Besides unlocking the phone from the PUK lock state if you need to unlock your phone from the current carrier i.e. if you want are currently bound to use SIM card of only one carrier and you are looking forward to enjoying the freedom and benefits of switching from one Carrier to another, then there are solutions for that too. For the purpose, you can hire an network unlocking service provider like ours who provides all types of network unlocking solutions to unlock phones, irrespective of their make an that too at the convenience of their home. You can connect us or go through unlockninja to know more about cell unlocking service.